How I achieve full mobility with simple linux tools

I spent most of my life doing stuff with computers. Originally, I was only working on static workstations, and as I grew up, I had my hands on a few crappy laptops. Then I’ve bought my first mac (about 12 years ago, and it was a powerbook) and stuck with Apple.

But I never abondonned using a workstation. Because it’s where I can store a lot of data (because terabytes are cheap!), which I can connect to from anywhere in the world, on which I got my mechanical keyboard connected, got 22 USB inputs, have got some hifi speakers on etc.

Though, I always had that frustration when starting a work on a device, I have to keep on working on that same device, because I won’t be able to start over where I left at on the other device. 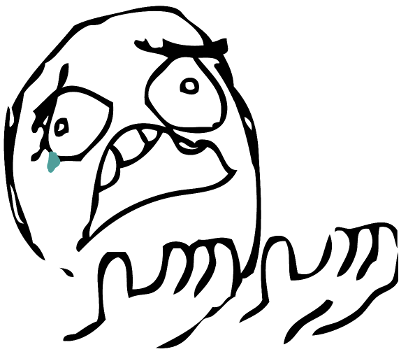 The issue here, is that keeping my work in sync between two devices is tough, and does not work well, and I gave many shots at that. There are a few good cloud based tools out there that might do the job. But I prefer to stay frustrated than use a tool that I cannot trust and stores my data in places I don’t know.

So I tried many tools. I first used SVN to sync my home and my configuration, but ended up in a nightmare having my work SVN repositories mixed up with my home one… And years later when I upgraded to Git things did not go better on that side. So version control was not a good idea ☹

I then tried using rsync, the unix utility that can do whatever you want when it comes to syncing your files. I tried unison on top of that, but it fell too easily out of sync, I had a few conflicts, or with other parameters it was just too slow… In the end it was always too painful.

The following years, I tried bittorrent-sync (non-free, but not keeping your files) which lost me some files, a dual way configuration of lsyncd (which ended up in a weird file copy feedback loop), and even lurked at orifs, which is a great concept if only it worked!

But file syncing is not the only thing, there’s also network configuration. Wherever I am, I want to be able to have my workstation↔laptop connections stay up and working. And I’ve tried many different VPNs that were working so-so, but were a nightmare to configure and keep in shape.

Then in the recent months, I switched back from Apple laptops to a linux-based lenovo laptop. Doing so, I tried again to work a solution to have real mobility between my devices. And finally, there was an epiphany 🙌

I have discovered tinc as advised by a good friend, and found out that it’s the first time I got a tunnel that can be setup in a couple of minutes, while being relatively safe. The great thing of tinc is that it’s supporting the full IP stack, including UDP.

To create a new network, you’ve got to create three files, generate a key and start the service:

Then when you’re adding new hosts to the network, you need to copy the public key of that host in /etc/tinc/myprivatenetwork/hosts of your other hosts.

Then, everytime I restart or get my laptop out of sleep, I have my connections to my workstation back on, and I can keep working seamlessly. I can also switch from wifi to the network cable at home, without having to restart synergy or other local network apps!

I have found greatness in a tool called syncthing. It’s packaged on all the distributions, and has been designed to be the bittorrent-sync (and dropbox) killer. And I have to admit, not only it is FLOSS, but it definitely sets a new standard in syncing files. I’ve been using it for a few months, and I almost feel like I’m having the same drive shared on NFS on both computers — without the slow.

Once installed, syncthing comes with a WebUI, though a GTK app also exists. You need to pair your computers together, sets up the volumes you want to share, and start sharing. From then on, you just forget about it, it’ll do the job.

As a side effect, I’m also having my work (as it is) being duplicated between two storing units (laptop and workstation), making it a great real time backup helping me to never loose any minute of my work even when if I break my laptop. If you add a duplicity backup of my work onto another storage drive, my work is pretty safe!

I’m an heavy IRC user, and I still read my mail in the shell, on an SSH connection. But as I also have been taking the train a lot, I’ve started to use mosh to make it friendly to work on very slow connections.

Though, because of it’s heavy use of UDP ports (and it’s coded in Perl 🔥), I prefer to keep the session opened inside tinc!

…I’m happy with my new setup, and even though I know I can do better (like syncing my mails between my laptop and my workstation, but that’s for another article), it’s doing a great job at optimising my productivity and keep my mind at rest in terms of backup.

What are your solutions to keep your data in sync? And your network connections?